How to tame your mämmi?

"The dark matter is hypothesized to account for a large part of the total mass in the universe.
Dark matter cannot be seen directly by telescopes…“ (Wikipedia -“Dark matter”)


As we left Laskiainen (Shrove Tuesday) with its traditional sledding, mushy peasoups and the season’s cake laskiaispulla behind, the season of Lent brought mämmi to our sight.

For people unfamiliar, this dark matter is an old tradition in Finland. Based on rye malt and flour, it is exclusively consumed in late Feburary and March. Hardly a culinary wonder, but Finns could not care less! Finnish food industry produces over 3 million packages a year!

History, ingredients, production and taste   are not priority here, we only focus on one thing:
How Finnish people like mämmi, and how they eat it?

The survey
A week ago we have circulated a survey on the mämmi consuming habits because we wanted to get an insight into this Finnish peculiarity. The answers shed light to one thing: Finns know what they eat, and develop individual ways of covering the funny taste dressing their mämmis with sweet and even sweeter substances.

The survey showed a combination of cream, sugar, milk and ice cream to be the most popular way to consume mämmi. The answers indicate, however, that a half of the respondents would not eat it if it wasn't a Finnish tradition!

And now, let the charts tell the rest! 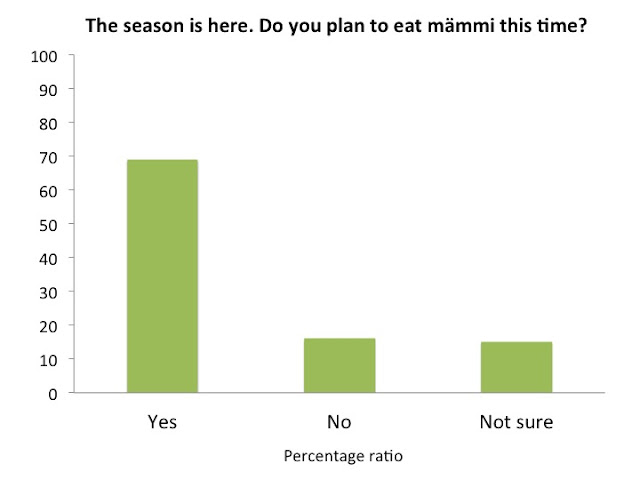 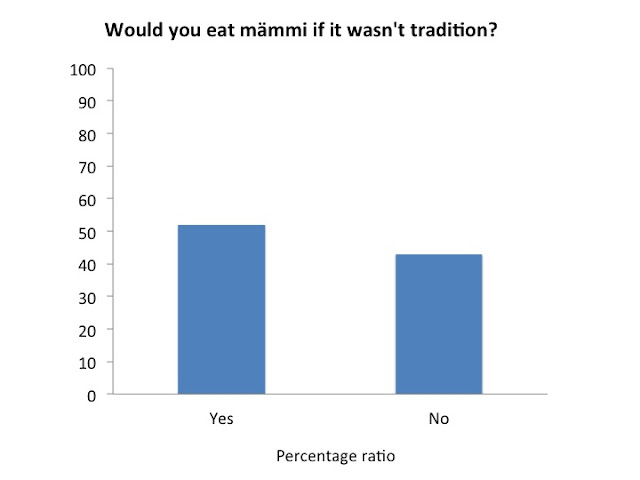 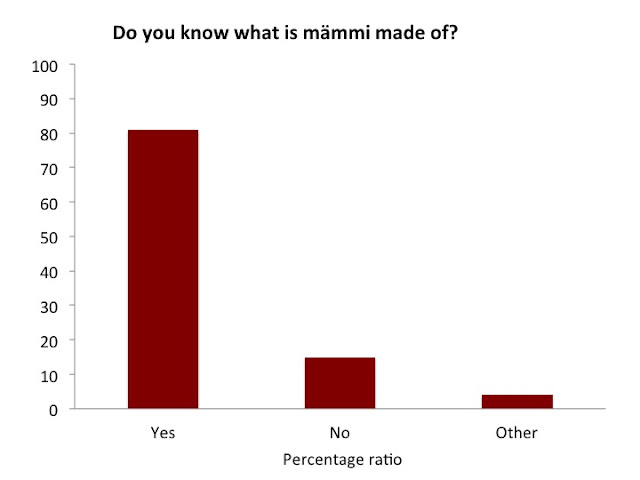 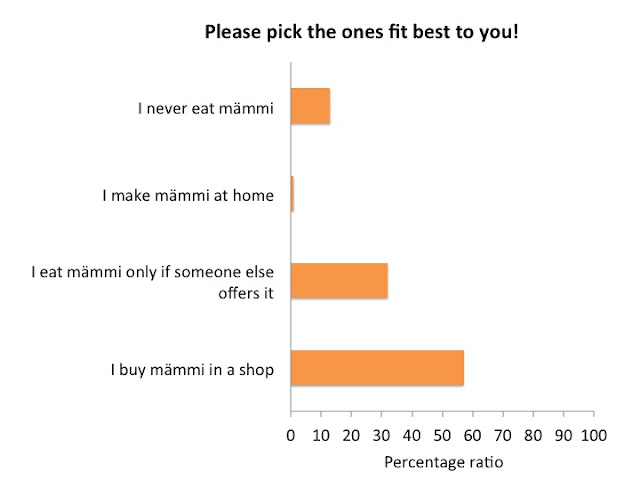 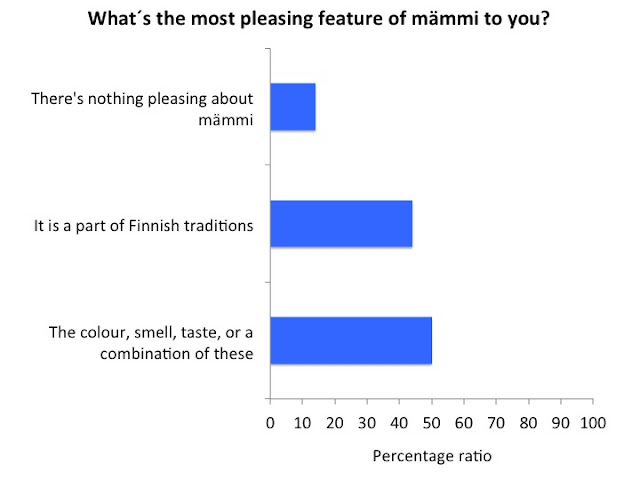 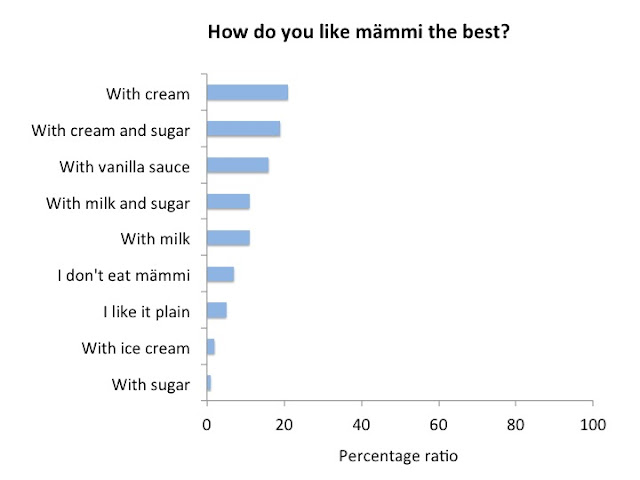 Text and plots: Ferenc Vilisics
Posted by Feri at 1:00 PM